The History of Morton Buildings: Part 2

Under Henry’s supervision, as detailed in The History of Morton Buildings: Part 1, the demand for the company’s building products grew. Since Henry enjoyed traveling, he spent a great deal of time identifying new markets and applications for building structures. As post-frame construction began to grow in popularity to meet the changing needs of the marketplace, Henry had the foresight to recognize and capture this opportunity, which set the stage for product transformation for Interlocking Fence Company.

In 1963, Henry A. Getz became president and started restructuring the company to focus on expanding the building business, which culminated the name change to Morton Buildings, Inc. in 1965.  Where formerly subcontractors were used to erect buildings, Henry hired people to work for the company. Henry understood the value of solving the needs and desires of his customers. He spent many hours in the field talking to customers and potential customers alike. Henry was quick to identify trends and the changing landscape and to find ways to fill the need that change created.

Most early pioneers of post-frame construction promoted the structure as a low-cost product with a limited-life application. Henry saw the opportunity differently.  By emphasizing quality, improved appearance, and value over cost, the company was able to differentiate itself from all others by constantly searching out and initiating innovations such as custom roll-formed steel panels with its anti-syphon groove, (as compared to galvanized corrugated metal used by others), square posts (as compared to round uneven posts), colored steel, overhangs, and wainscoting over protective liners.  As the company experienced rapid growth, it resisted the temptation to sacrifice quality. 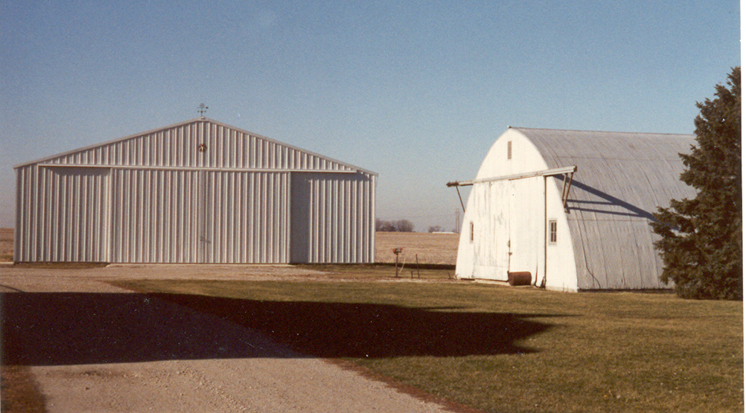 Another innovation that separated Morton Buildings from the competition was the warranty that the company provided as evidence of its commitment to quality. While many companies look for ways out of warranty commitments, Henry took the opposite approach in many cases. His flexibility and commitment to his customer base in these instances often amazed the customers and confounded the competition. This became evident when on May 11, 1968 a tornado destroyed a newly erected Morton building in McLean County, Illinois. Henry and his team contacted the owners and offered to rebuild free of charge a new identical building providing they cleaned up the site and got rid of the debris. Eleven days later, a new Morton building was completed on their farm, and word spread fast that Morton had a five-year warranty against tornados.  Since that tragic day in May of 1968, countless customers who experienced similar damage received the same treatment.

As a result of the foundation and framework of the company that Henry and his team built, Morton Buildings is well-positioned to maintain and grow its leadership position in the industry. He has left a legacy and brand name that is a credit to him, his family and the employees of Morton Buildings, and is enjoyed by every customer who chooses to purchase the best, a Morton building.

A Building for All Seasons

Our Sweepstakes is Back and Bigger Than Ever!